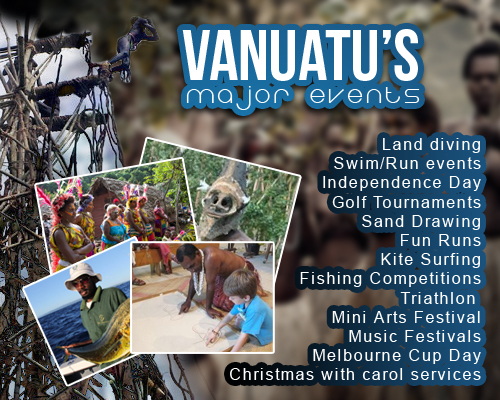 There is a certain amount of flexibility in the life of the people of Vanuatu. There have heaps of public holidays and some can be announced at a moment’s notice by the PM following the death of a prominent public official. In other words, expect the unexpected in Vanuatu. There are many major events and here is a selection.

For any questions about Vanuatu’s Major Events or to make a booking at the best possible rate, contact us on the form below, we are open 24 hours 7 days