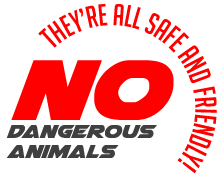 You would think that with its tropical rainforests, Vanuatu would be home to any number of indigenous animals, however, many of the creatures on the islands came by boat or tide.

Of course being an island nation, the sea plays a significant role. There are believed to be more than 4,000 species of marine life. On land there are snakes, iguanas, ants, many species of bats and dozens of species of birds.

The locals in Vanuatu also proudly claim that there are no dangerous animals or insects in Vanuatu “They’re all safe and friendly!”